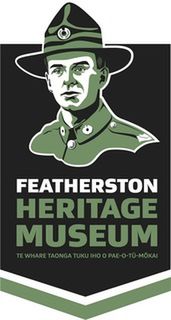 Visit Featherston Heritage Museum to see evocative original photos, modern audio visuals and historical artifacts from the Featherston Camps during World War I & II. You can also see the fully restored Featherston Volunteer Fire Brigade 1932 Model A Ford Engine and other brigade memorabilia. Featherston's history and its people are held and being updated regularly, send an email to featherstonheritage@gmail.com with any queries.

World War I Military Training Camp
Featherston camp trained 60,000 NZ troops preparing for the Great War between 1916 and 1918. “An Awfully Big Adventure – Our Voices” audio-visual brings the camp and its history to life. Take the opportunity to visit the Dibble Sculpture that commemorates the camp across the road adjacent to Featherston Town Square,

World War II Prisoner of War Camp
During World War II about 800 Japanese POWs were imprisoned on part of the World War I Military Camp. The “incident” of 25 February 1943 where 48 POWs and one New Zealander died is explained. An opportunity to see unique and rare artworks and carvings made by the Japanese while at the camp.

Lake Wairarapa Moana
Visit our exhibition about the history of the lake and its surrounds. The attractive and informative large panel displays explain the ecology and history of the unique wetlands and the lake. They explain the relationship of Maori and the early settlers and how and why Wairarapa Moana and its surrounds needs urgent attention to restore their health. 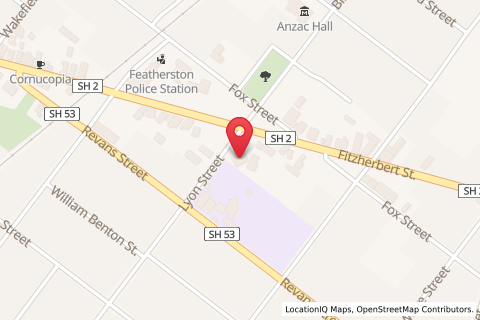 Kia ora!
Featherston Community Centre has recently taken over the running of this website, and we are working on making it more user friendly.