The Featherston's Own Charitable Trust was set up in 2010 to oversee the running of an Op Shop in Featherston to raise money to return to worthy community groups and events.

Stella Smith was inspired by her beliefs to find a way to raise money for people and groups in need in and around Featherston. Rumour has it that she started in a garage selling second-hand furniture. In 2010 the Featherston’s Own Charitable Trust was established with fellow trustees; Karin Basson and Mary Croll. Over the years some Trustees have come and gone such as, John Steir and Eileen Traill. At the end of 2019 the trustees were; Stella Smith, Ann Buchanan, Rowena Findlay, Fiona Norman, Carole Needham and Diane Noble. The trust members were often also volunteering in the shop along with many other locals who have come and gone or come and stayed.

At the end of 2019 the departure of Stella Smith and fellow trustees made way for a ‘new guard’ of trustees. Except for one - Carole Needham (Treasurer/Secretary) who has stayed on. The new trustees at the transition were Indigo Freya (shop manager), Pauline Cave and Paula Barnett (volunteer coordinator).

There is a Trust Deed which governs what the Trust can and cannot do. The Charitable Trust is the umbrella organisation under which the Op Shop functions.

The Trust has had a long history of gifting to local community groups and events (a list in included below), with the new trustees also committing to continue this support.

Featherston’s Own Charitable Trust is proud to have supported: 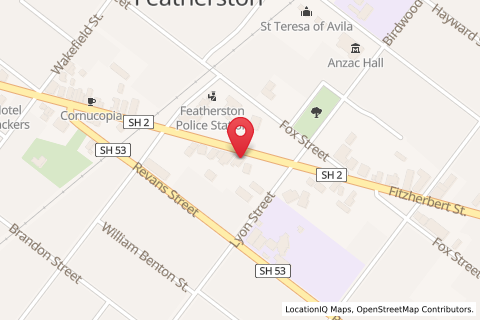