A walk around Featherston's Historic Sites

This information is kindly provided by the Featherston Heritage Museum 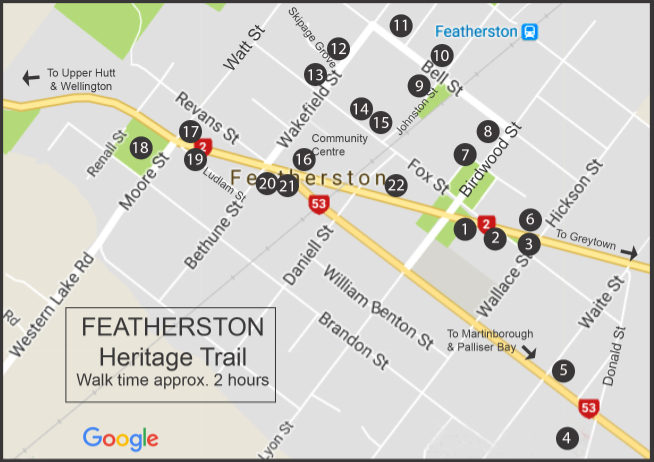 More detailed information signs are available at each site location.

3. World War I Memorial* ~ Corner of Fitzherbert and Fox Streets

5. Burt's Shop and House* ~ Corner of Waite and Revans Streets

* Registered with the Historic Places Trust

Kia ora!
Featherston Community Centre has recently taken over the running of this website, and we are working on making it more user friendly.